The Man Who Could Fix It 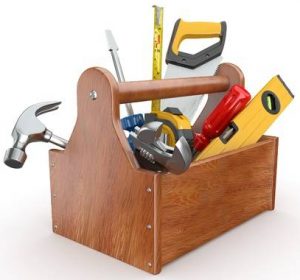 This week I traveled across the country. It is no shock to those who know me that I am a chatty person, and as I had over three hours to get to know my seat mates, I started a wonderful conversation with the gentleman next to me. We talked about jobs and reasons for travel, and as usually happens, the conversation quickly turned to family and children. As we continued to chat about our lives, the story of my son’s mental illness was woven through my narrative. He listened carefully and asked thoughtful questions.  Encouraged by his understanding and compassionate responses, I continued to share some of the realities of parenting a child with mental health concerns.  I shared some of the harder moments because that was the part of our story that was most on my mind that day.

Well into the conversation he started to shake his head and tell me that my story was overwhelming him. He was having a hard time absorbing the realities of living with a child with serious mental health needs. I told him that my family wasn’t unique and that thousands of parents could tell him the stories I was sharing.  He just kept shaking his head, obviously sad and overwhelmed.

Then he started to grin a sheepish grin and told me he wished he could meet my son. Mental health conversations with strangers rarely go that direction, so I was touched by his compassion. Then he said something that brought me up short. He looked me in the eye and said he wished he had 30 days with my son without me around so that he could fix him.

He explained that my son’s problem wasn’t the psychosis he experiences from trauma or the sensory overload he deals with, or even the impulse control that causes him to sometimes exhibit unsafe behaviors. No, his problem was so much simpler than I understood.  My son’s problem was a lack of respect for his parents, and given 30 days he would resolve that problem and everything else would work itself out.

I could feel my heart beating erratically as my blood pressure started to rise. Using my calmest voice, I asked him how he would teach my son respect.  He looked straight at me and told me that he would beat his backside. He emphatically stated that any kid who hit his own momma needed to have someone teach him a lesson he wouldn’t forget.  He had done it to his own kids and he would be happy to do it for mine.

In the days since this experience I have had many thoughts running through my head, but let me start with the big ones.

But then I had this realization…

By the end of the flight we left on good terms. He sincerely wished me well and specifically told me he hoped my son would get the medical treatment he needed. I don’t know if anything we talked about will change his views on childhood mental illness, but I know our conversation will stay with me for years to come. I learned a lot from him, and even if I didn’t agree with what he said, he was willing to personally get involved if it would help my child. He didn’t know me before that flight and he certainly doesn’t know my child, but he was willing to take on the task of helping my child fix his life. That is significant.

I could choose to be mad, or insulted, or even offended, but I won’t. Instead, I am going to choose to be grateful for the chance to reflect on a situation that I have never taken the time to analyze before. There is a lot of stigma, judgement, and mis-information out there, but if we want that to change, we need to continue engaging in open dialogue and be ready to have these hard conversations. The gentleman on the plane gave me a gift.  His ideas can’t directly help my son, but his willingness to discuss hard topics is an important step towards “fixing” mental health stigma, and that helps us all.

Take a look at our resources.  If you don’t see what you need, please let us know so we can create something new!

Do You Have A Resource?

If so, let us know!  We are always looking for tips and new ways to support parents just like you.